The new Call of Duty: Black Ops 2 Vengeance DLC will add another four new maps to the mix together with a new zombie level, according to the leaked promotional posters. 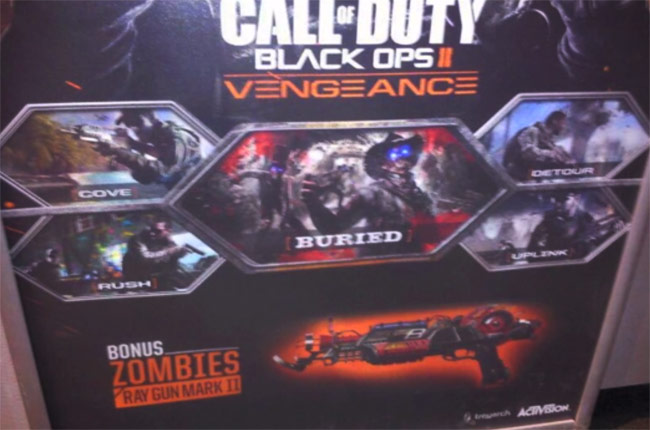 The new maps within the Call of Duty: Black Ops 2 Vengeance DLC will be called Cove, Rush, Uplink, and Detour will be joined by zombie map Buried.