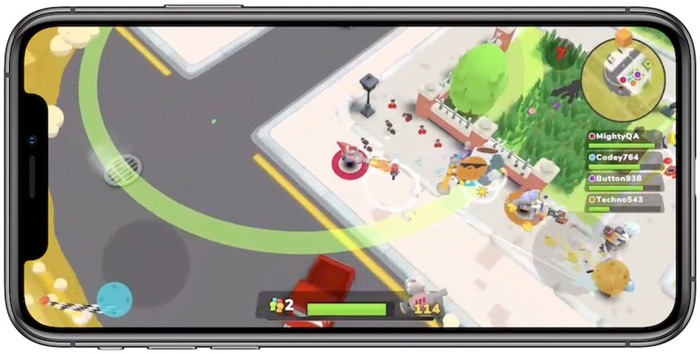 Apple has added another game to it increasing library of games on Apple Arcade, the game is called Butter Royale.

According to Mac Rumors this is basically a family friendly version of Fortnite and you can see the trailer for the game below.

The idea of the game is basically a food fight but in Battle Royale style, each game has 32 players all competing to be the last one standing.

Have the food fight of your life in Butter Royale, a multiplayer battle royale game, and be the last one standing on Butter Island. Play against 31 other players in fast-paced food battles (under 5 minutes), with the help of sauce-shooting, baguette-blasting modified kitchen tools!

You can find out more details about this new Fortnite style game for Apple Arcade over at their website at the link below.