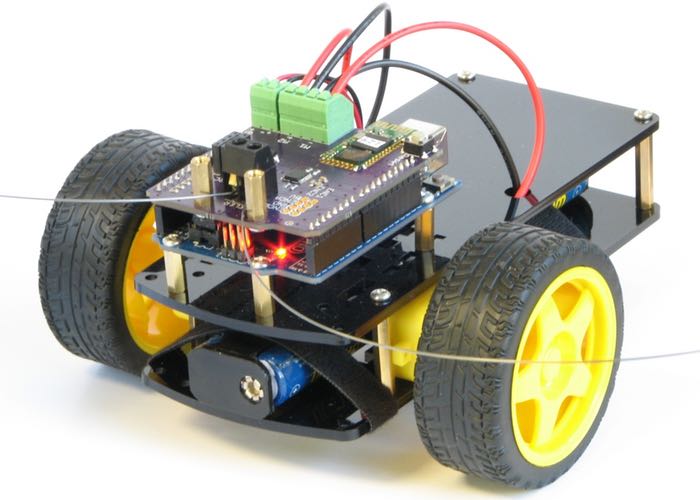 Open Electrons have built an educational robot kit called the BumbleBeeBot that has been created to enable young children to learn more about programming and robotics in the physical world.

The BumbleBeeBot robot is programmable using the Scratch programming IDE, that is available in many schools worldwide. Scratch uses a graphical user interface to make the first steps of programming easier for children to understand.
The robot kit is available with a variety of optional parts to expand its capabilities and include a pen holder, line follower, charging adapter and more.

“Younger students, in third through fifth grade, can start by using Scratch to program their BumbleBeeBots. Scratch is a programming language that makes it easy for kids to create your own interactive stories, animations, games, music, and art. Many schools are already teaching students Computer Programming using Scratch. We used BYOB (Build Your Own Blocks) to extend the Scratch “palette” with new “blocks” that work similarly to other Scratch blocks.”

BumbleBeeBot has taken to Kickstarter to raise the required $3251 its developers robotic kit into production in its first small quantities. For more information jump over to the Kickstarter crowdfunding website via the link below.