British Explorer Daniel Hughes is apparently the first person to make a video call from the top of Everest, the explorer used a HTC One smartphone to make his video call to the BBC back in the UK.

Explorer Daniel Hughes is hoping to raise £1 million for Comic Relief, you can see him pictured wearing a red nose form comic relief below, he also talked about the expedition. 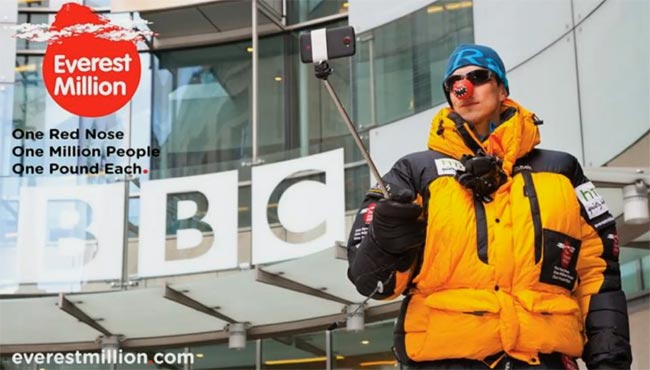 Talking about the successful expedition and video call, Hughes said: “This project has been two and a half years in the making and it’s hard to put into words how amazing and surreal it is to be speaking to London from the highest point in the world. The support for the expedition has been phenomenal and thanks to the interactive nature of the climb, I really felt like I had everyone behind me.”

You can find out more details about Daniel’s journey to the top of Everest at Everest Million, and also details about his fund raising efforts for Comic Relief over a Just Giving.