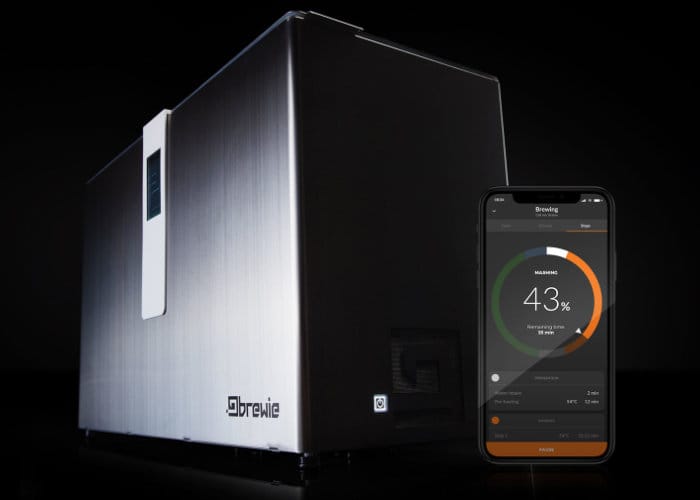 Home brewers looking for a fully automated craft brewing machine may be interested to know that Brewie has this week introduced their second generation machine in the form of the Brewie+ providing owners with a wealth of new features. Watch the embedded video below to learn more about the Brewie+ which is being marketed as the “most advanced brewing machine on the market”.

The automated brewing system comes complete with its own smartphone companion application and was first launched thanks to a successful crowdfunding campaign run early in 2015 on Indiegogo by Marcell Pal based in Budapest, Hungary.

The automated brewing machine is constructed from steel and provides users with an easy to use user interface to be able to create craft beers to suit your particular tastes without any difficulty. By either using your own recipe or choosing one of the vast database currently available within the machine. “With upgraded inner water sensors, the Brewie+ is the no-nonsense, easy-to-handle brewing device you’ve been waiting for.”

The Brewie+ Automated homebrewing machine is now available to purchase priced at $1799 offering a saving of $600 until later today, March 2nd 2018. If you are interested in learning more about the second generation Brewie+ automated home brewing machine jump over to the Engadget website where Billy Steele gives his thoughts on the new home-brew machine, by following the link below or the official Brewie website.