Brave Robotics has this week announced that their new transforming robot, has now entered its limited production development stage edging closer to an official launch worldwide.

Brave Robotics has designed the new robot to transform from a sports car into a standing robot automatically, and have equipped it with a missile launcher on each arm together with a wireless camera. 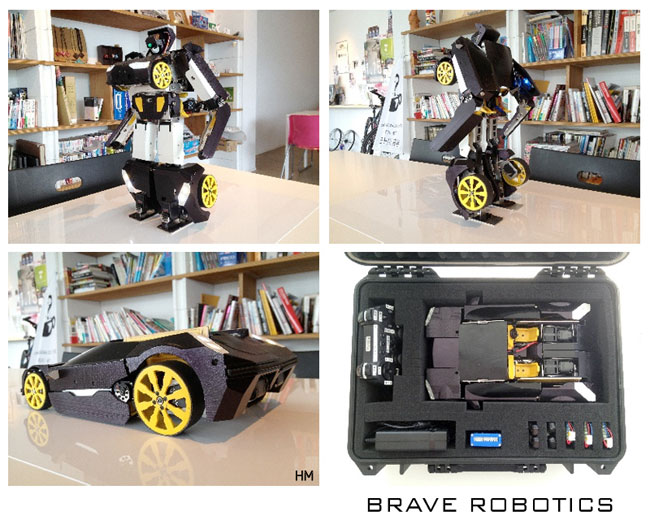 The Wi-Fi camera can be viewed on mobile devices such as Apple’s iPad, using the robot’s companion applications. Check out the video below to see the 3-D printed prototype of the finalised design from Brave Robotics in action.