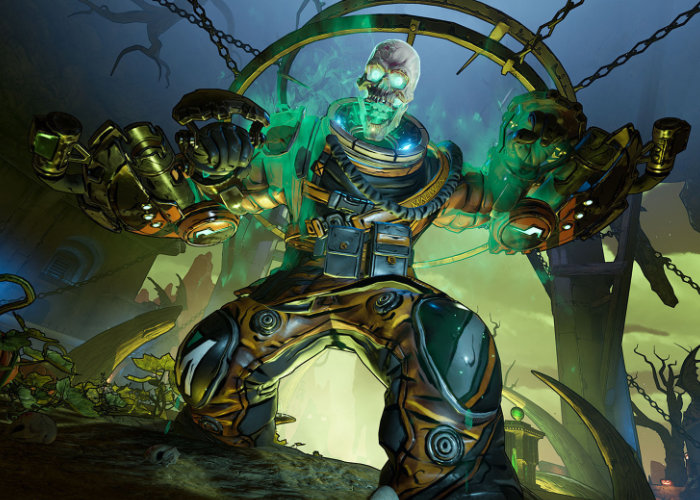 Details on the first episode for the new Borderlands 3 action role-playing first person shooter, which launched earlier this month on September 13th, 2019, have now been revealed during the first episode of The Borderlands Show. Borderlands 3 Creative Director Paul Sage joined hosts Greg Miller and Fran Mirabella for a look at the creepy content coming in the games first event entitled Bloody Harvest event, offering an Halloween themed event for October 2019. “Get ready to bust some ghosts this October when the Bloody Harvest event takes over Borderlands 3 DLC. “

Borderlands 3 was launched on 13th September 2019 And is now available to play on Microsoft Windows PCs, PlayStation 4, and Xbox One. Google has also confirmed that a port of the game will also be available for their new Google Stadia game streaming service which will be launching later this year, for the holiday season. As soon as more details are announced we will keep you up to speed as always.

“The original shooter-looter returns, packing bazillions of guns and an all-new mayhem-fueled adventure. Blast your way through new worlds and enemies as one of four brand new Vault Hunters, each with deep skill trees, abilities, and customization. Play solo or join with friends to take on insane enemies, collect loads of loot and save your home from the most ruthless cult leaders in the galaxy.”

Key Features of the latest Borderlands 3 game in the series :

– A MAYHEM-FUELED THRILL RIDE – Stop the fanatical Calypso Twins from uniting the bandit clans and claiming the galaxy’s ultimate power. Only you, a thrill-seeking Vault Hunter, have the arsenal and allies to take them down.
– YOUR VAULT HUNTER, YOUR PLAYSTYLE – Become one of four extraordinary Vault Hunters, each with unique abilities, playstyles, deep skill trees, and tons of personalization options. All Vault Hunters are capable of awesome mayhem alone, but together they are unstoppable.
– LOCK, LOAD, AND LOOT – With bazillions of guns and gadgets, every fight is an opportunity to score new gear. Firearms with self-propelling bullet shields? Check. Rifles that spawn fire-spewing volcanoes? Obviously. Guns that grow legs and chase down enemies while hurling verbal insults? Yeah, got that too.
– NEW BORDERLANDS – Discover new worlds beyond Pandora, each featuring unique environments to explore and enemies to destroy. Tear through hostile deserts, battle your way across war-torn cityscapes, navigate deadly bayous, and more!
– QUICK & SEAMLESS CO-OP ACTION – Play with anyone at any time online or in split-screen co-op, regardless of your level or mission progress. Take down enemies and challenges as a team, but reap rewards that are yours alone – no one misses out on loot.