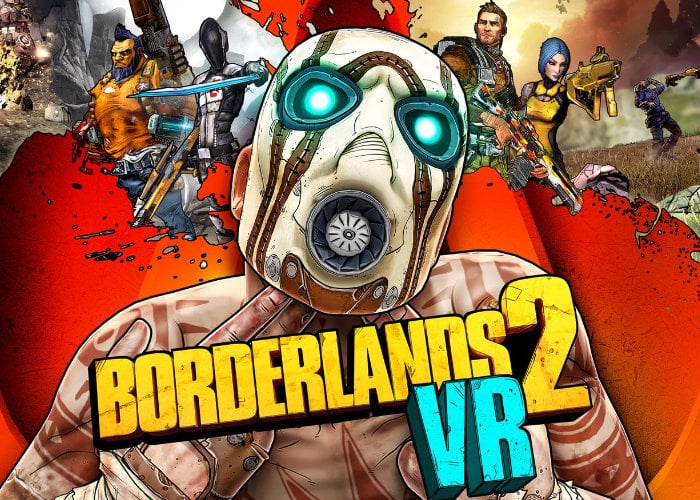 Borderlands 2 VR has launched on PC this week and is now available to purchase from Steam. “Get virtually immersed in the mayhem-filled world of Borderlands as you step into the boots of a treasure-seeking Vault Hunter, grab 87 bazillion guns, and free Pandora from Handsome Jack’s clutches!” Check out the trailer below to learn more.

“The iconic shooter-looter gets in your face! Virtually immerse yourself in the untamed world of Borderlands. Step into the boots of a treasure-seeking Vault Hunter armed with 87 bazillion guns on a quest to line your pockets with loot. Blast bandits with real-world aiming, punch psychos in the mouth, race across the desert in stolen bandit vehicles and free Pandora from Handsome Jack’s clutches!”

– Become one of four playable classes: Siren, Commando, Gunzerker and Assassin, each with unique skillsets and combat styles!
– Shoot-and-loot with bazillions of procedurally-generated guns, each with their own capabilities and modifiers. Plus, lust after procedurally-generated shields, grenades, relics, class mods and more for maximum power and mayhem!
– Use the new Slow-Mo ability to set up your next attack! Plus, with Teleport, glide across Pandora as gracefully as ClapTrap, if he had grace.