Boeing has officially unveiled the interior of its CST-100 commercial spacecraft. This marks the first public look at the inside of Boeing’s new crew capsule designed to take two astronauts into orbit. The official name for the capsule is the Crew Space Transportation-100. 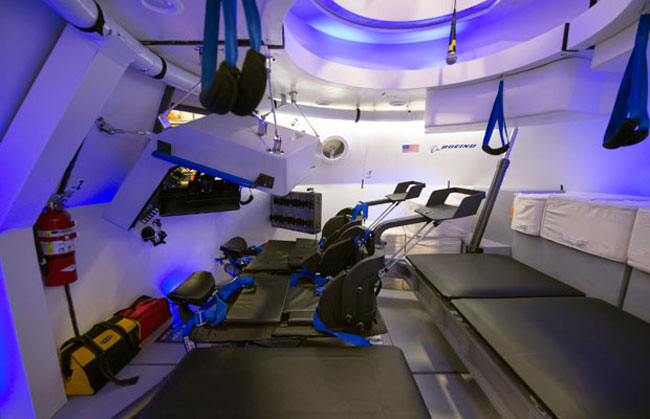 Boeing believes that the new space capsule will be a cost-effective way to give the ability to put astronauts into orbit back to the United States. The capsule was specifically designed for low Earth orbit destinations such as the international space station. The first flight for the CST-100 is expected to occur in 2016.

If that flight is successful NASA could win a contract to take crew to and from the international space station. Boeing is competing against two other companies including SpaceX and Sierra Nevada to win a contract under NASA’s commercial crew development program. Inside the Boeing capsule features LED lighting and touchscreen technology.