For the parking-impaired, Chinavision’s Complete Car Bluetooth Rearview Mirror Kit would be the perfect automobile add-on. It provides a wireless rearview camera that practically removes all blind spots. While this new gadget makes backing up easier, it also offers so much more features that you wouldn’t expect of a rearview mirror. 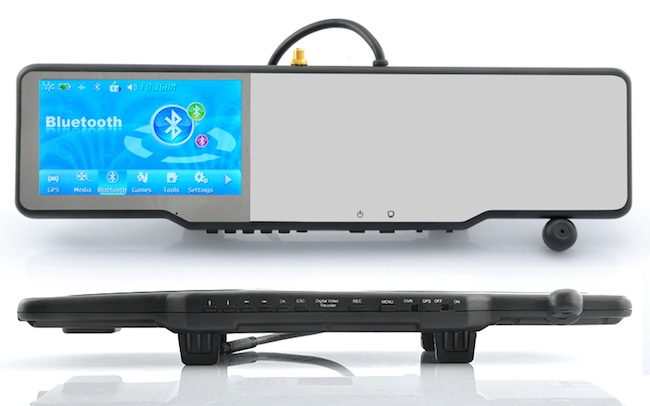 Hands-free calling: Hook up your Bluetooth-enabled mobile to the device and use the mic and speakers that come with the kit. You no longer have to cut calls in mid-conversation.

GPS: How many dual-core rearview mirrors can you name? This one comes with a SiRF Atlas VI chip and a Centrality Atlas 4 500 MHz processor to give you fast and reliable navigation.

DVR: Record anything that happens inside or outside the car. Afterwards you’ll have video proof that you really weren’t swerving.

Entertainment: The left side of this rearview mirror is actually a 4.3-inch touchscreen. This where you can play movies or games while you’re stuck in traffic.

All these come in a small form factor that you can easily place over the rearview that came with the car. It can be had for $200 and Chinavision will even toss in a 4 GB Micro SD and 4 GB SD card.