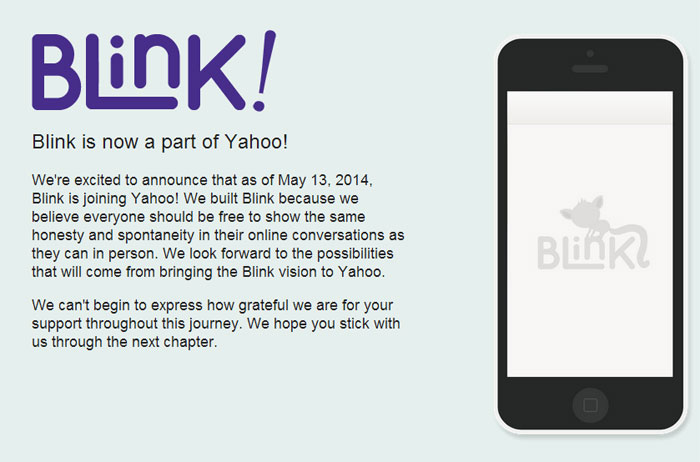 Blink is a private messaging app that is rather like Snapchat. Blink allows users to send messages and images that the sender can control. Senders determine who can see the messages they send and how long those messages are viewable. Hopefully, the messages sent with Blink are more secure than Snapchat messages were.

Presumably, Yahoo purchased Blink to get the tech and expertise behind the app in order to roll the tech into its own apps. However, there is no indication of when or if the Blink tech will be integrated into Yahoo products. Yahoo has offered no official comment on the deal at this time. Snapchat was recently in hot water with regulators in the US over misleading users into thinking images disappeared forever. Many people found workaround that allowed them to keep Snapchat images forever leading to private images being shared.