It’s not the first time we’re hearing a rumor about the Blackberry P9982 Porsche Design handset.  The handset has been leaked in several images as well, giving a sneak peak of the design of the handset. Earlier this week, the handset was spotted at the FCC, which is usually the last stop before devices hit the shelves.

If you remember, a C-series Blackberry handset was spotted in the help files yesterday, and today, the purported Blackberry P9982 emerged from the tutorial images within the operating system, showing a new custom clock app. 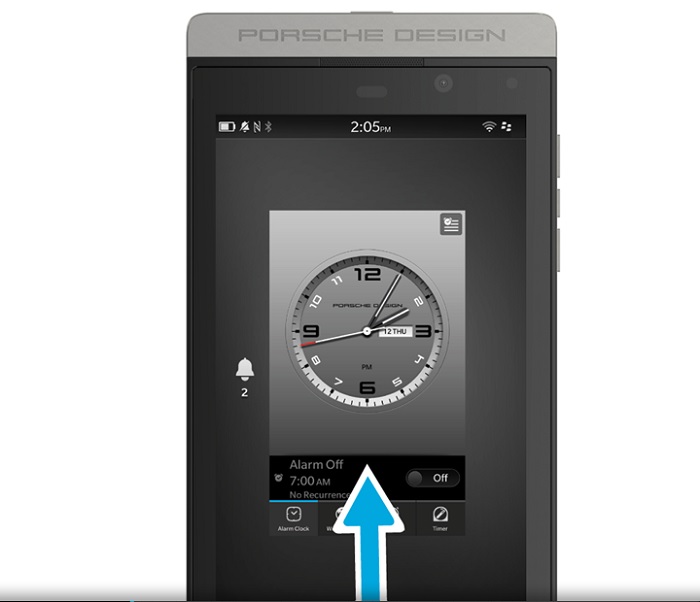 There’s no extra information about the leaked handset, its specifications or anything else. Although the device in the images looks similar to the one we’ve seen in leaked images and videos in the past. Unfortunately, the images doesn’t offer any juicy details such as its specifications or pricing information, but one thing is sure: the launch of the purported handset is near.

Rumor has it that it will come with a similar design as the Blackberry Z10, but with a premium look and a hefty price tag. So, we’re wildly guessing it will bring the same set of specifications as Z10 with a 4.2-inch display and a dual-core processor. 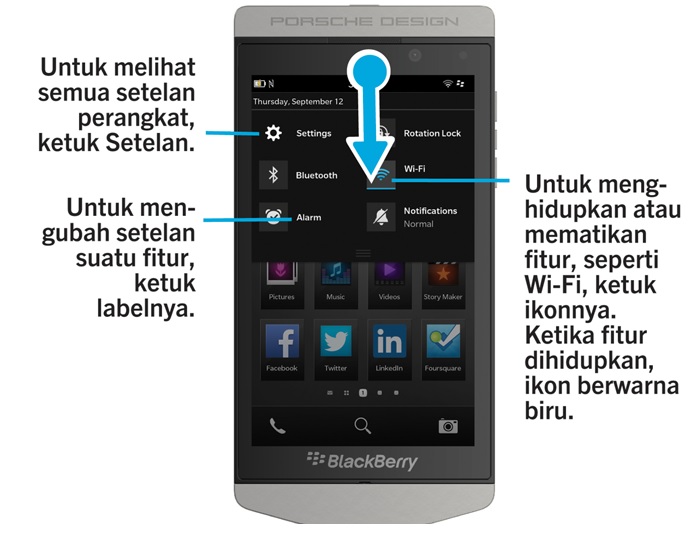 Rumor has it that the Canadian OEM will launch the rumored Blackberry Porsche Design P9982 at a press event in Dubai. We’ll update you if any other information comes up about the launch of the purported handset.