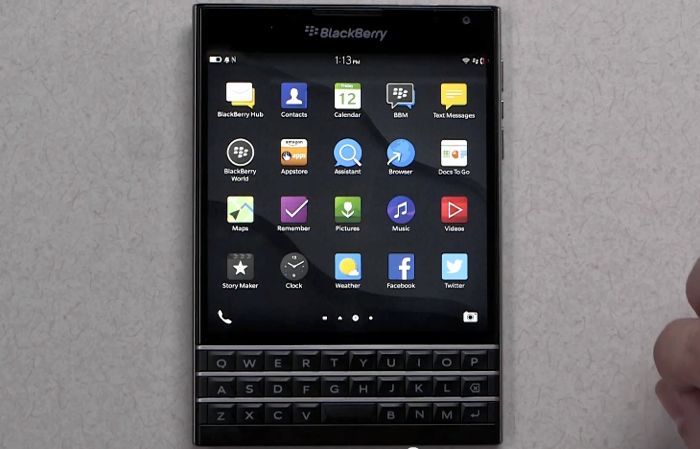 The BlackBerry Passport was just announced, and now BlackBerry has released the specifications on this new BlackBerry smartphone.

The new BlackBerry Passport features a quad core 2.2 GHz Qualcomm Snapdragon processor and features 3GB of RAM, the device also comes with 32B of built in storage and a microSD card slot.

The handset is equipped with a 4.5 inch square display that has a resolution of 1440 x 1440 pixels, and the display comes with 453 DPI. The handset features a stainless steel frame with rounded edges, and it measures 128mm by 90.1mm by 9.3mm thick.

The BlackBerry Passport is equipped with a 3450 mAh battery which the company says will give you up to 30 hours of combined usage.

The handset comes with a new QWERTY keyboard that can be used like a normal keyboard and also comes with a range of touch features, which BlackBerry have designed for the handset.

Other specifications on the passport include a 13 megapixel rear camera with Optical Image Stabilization, the device also features BlackBerry OS 10.3, BlackBerry Assistant and BlackBerry Natural Sound, which is designed to provide improved phone calls and more.

The BlackBerry Passport will go on sale in the U.S. today, the handset will retail for $599 SIM free, it will be available with a range of the mobile carriers on contract.