From the screenshot below it now looks like Sprint will be launching the BlackBerry Oxford on October 31st. Sprint is marketing the Oxford as a mobile “for the person looking for a high quality stylish device in a familiar flip form factor.” 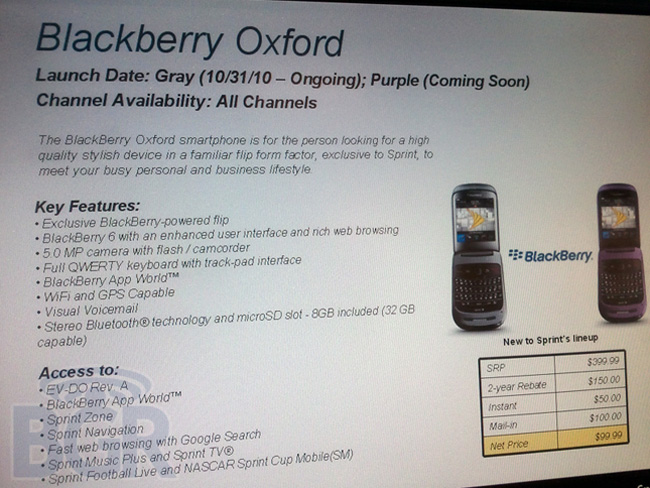 The Blackberry Oxford is equipped with a 240 x 320 pixel external display and a 360 x 400 pixel internal display, 5 megapixel camera with flash and video recording, optical trackpad, Wi-Fi, Stereo Bluetooth, GPS, visual voicemail and an 8GB microSD card in the box.

When launched the Blackberry Oxford will be available in grey and maybe available in purple very soon. Its going to be priced at $99.99 on a two year agreement and after a $100 mail in rebate.

Via TFTS Via BGR