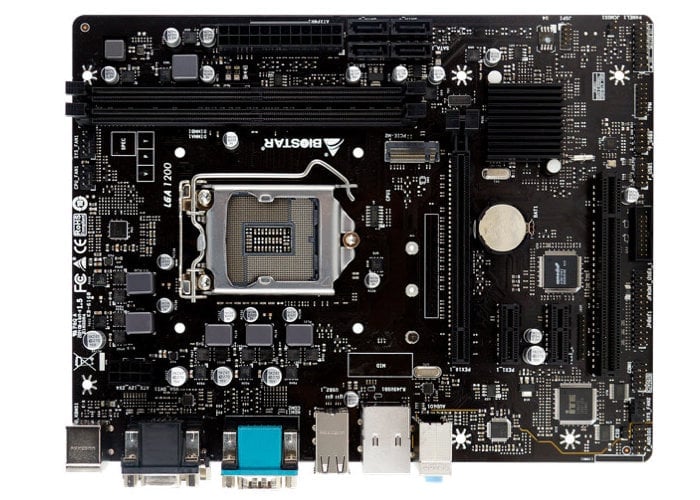 “The Biostar H410MHG motherboard, being the elder sibling of the two H410 chipset motherboards, additionally has TPM technology which improves equipment effectiveness with an emphasis on proactive and preventative maintenance, and provides a safe working environment.

The H410 series motherboards from Biostar comes with a comprehensive Rear I/O panel with the H410MHG motherboard being more versatile of the two motherboards built to suite government agencies and various commercial applications containing ports such as 2x USB 3.2 (Gen1) ports, 4x USB 2.0 ports and a COM port for easy connectivity as well as the fast, secure GbE LAN port for smooth reliable LAN Connection. Additionally, H410MHG comes with the HDMI 4K connector that expresses bright and highly detailed content that fills an entire screen with lifelike images the as well as ALC887 audio technology, that outputs 7.1 Channels, High Definition Audio through the 3 audio connectors provided in the motherboard for an unparalleled audio and video experience.

The H410MH is also equipped with a well thought out rear I/O panel containing much needed connectivity options like 2x USB 3.2 (Gen1) ports, 4x USB 2.0 ports, GbE LAN port and it also contains a VGA out-port alongside the usual HDMI 4K connector giving the user, multiple choices for a monitor output built for casual users for seamless daily content consumption boosted together with the ALC887 audio technology, outputting through the 3 audio ports built on to the H410MH motherboard that produces 7.1 Channels, High Definition Audio. “