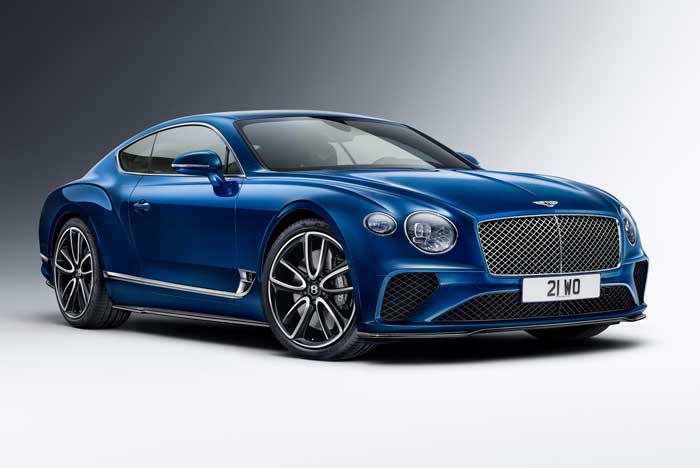 Buyers of the Bentley Continental GT, Continental GT Convertible, or Bentayga SUV will be able to order the vehicles with the new Styling Specification. The Styling Specification is a package that includes several carbon fiber additions for the cars. Carbon fiber components include a front splitter, side sills, rear diffuser, and boot lid spoiler.

All the components are made in high-gloss 2×2 twill carbon fiber. The side sills have special 3D electroformed Bentley badges were developed specifically for the Styling Specification. The manufacturer says that extensive testing and development went into the components to ensure the quality and attention to detail that Bentley is known for.

Bentley says that the Styling Specification was developed by the same engineering team that was responsible for the carbon fiber components on the previous generation Continental GT, and Continental GT Pikes Peak and Ice Race vehicles. Bentley says that the development process assessed the components across all driving conditions, including at top speed for stability, feel, and performance. The Bentley Styling Specification components can be added to any new Continental GT or Bentayga and can be added to existing vehicles.