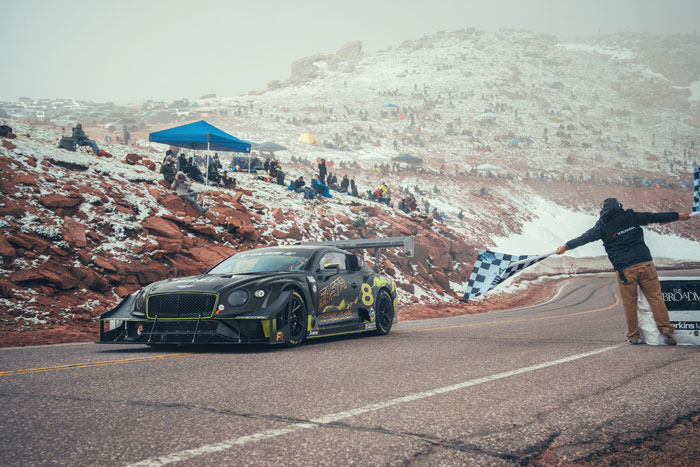 The Pikes Peak International Hill Climb was recently run, and Bentley was among the numerous entries for the iconic race. At the 2021 running of the hill, weather played a factor as it’s been cool in Colorado even though summer is in full swing. Pike’s Peak is over 14,000 feet meaning that the weather on the mountain can be vastly different from the weather at the base.

Poor weather at higher altitudes meant the race course was shortened, with the race finishing at 12,780 feet rather than the full 14,115 feet. Unfortunately, the shortened event made record-breaking impossible. Bentley has confirmed that its Continental GT3 Pikes Peak racing car was the fastest car running on sustainable fuel at the event.

The racecar finished second overall in its Time Attack I class and fourth overall for the entire event. The car did suffer a late engine issue but was able to cross the finish line with a time of 6:36.281. There was snow and ice near the mountain’s summit, meaning the racing cars were unable to climb the full mountain.