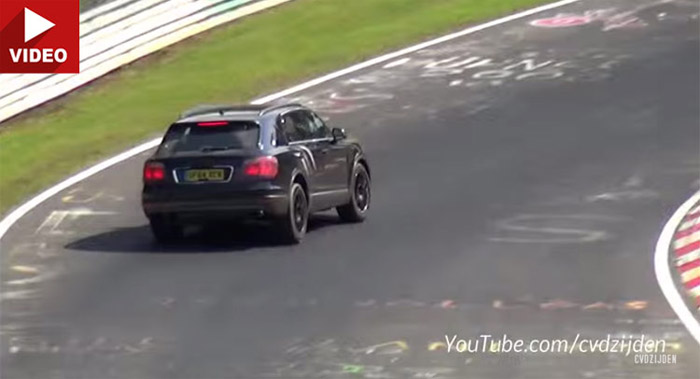 Back in January, we saw a video of the Bentley SUV called the Bentayga ripping around off-road in the desert sand. I know I wasn’t the only one that wondered why Bentley was bothering testing that car off-road, it’s not like any Bentley driver will spend that much money on an SUV and drive it anywhere other than on ski trips and shopping sprees. Bentley has now gone one-step stranger with testing of that SUV.

A video has shown up of the Bentley Bentayga whipping around the famed Nurburgring racetrack in Germany. As unlikely as the Bentayga is to ever see off-road use, it’s even less likely to see any use on a racetrack. It’s also evident in the video that the big SUV lacks the handling to be any fun at all on the racetrack.

I guess all Bentley is looking for is to say that the high-speed handling of the SUV was tuned on the Nurburgring. Bentley is famous for making vehicles with lots of power to give decent straight-line performance, but the weight and handling of the vehicles means they wallow in corners. You can watch the video for at the bottom of this story and see the wallowing beast for yourself.