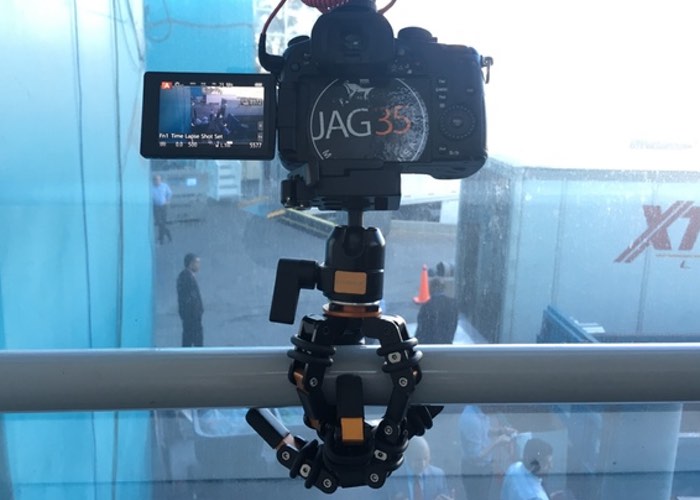 Vloggers that find their current camera tripod a little unwieldily and not suitable for many of the recording angles and mounting situations they come across in their daily lives.

Maybe interested in a new camera tripod called the Bendy, which has been specifically designed for Vloggers and provides a wealth of different mounting options that can be used to capture that perfect shot wherever you may be.

Watch the promotional video below to learn more about Bendy which has been designed by Vlogger Jehu Garcia based in Rancho Cucamonga, California, who explains a little more about its inspiration behind the new Bendy camera tripod and its unique design.

Hi my name is Jehu, I am a Los Angeles based Youtuber and Vlogger. I have been Vlogging for 6 months now and In that time I have discovered that you need 3 main tools to do it right. A good camera, a good microphone, and a good tripod. There are tons of good cameras out there, and RODE makes the best microphones for cameras but there seems to be a lack of a good Vlogging tripod. Like everyone else I, used one of the octopus looking Bendy tripods that sell for $100. Sadly these tripods just don’t work for those of us who use full DSLR systems or even the smaller Mirrorless cameras. So I decided to make my own.

Using aluminum for strength and durability I designed a tripod that would do the two main things I need for my daily Vlogging, Hold my camera firmly pointing where the action is happening and serve as a handle when I walk around shooting either myself or my surroundings. It also wraps around hand railings, tree branches and other places you might need to get the right shot.

For more information on Bendy jump over to Kickstarter where it is now available to back with early bird rewards starting from just $99 for the first lucky 250 backers, with shipping expected to take place during November 2016.