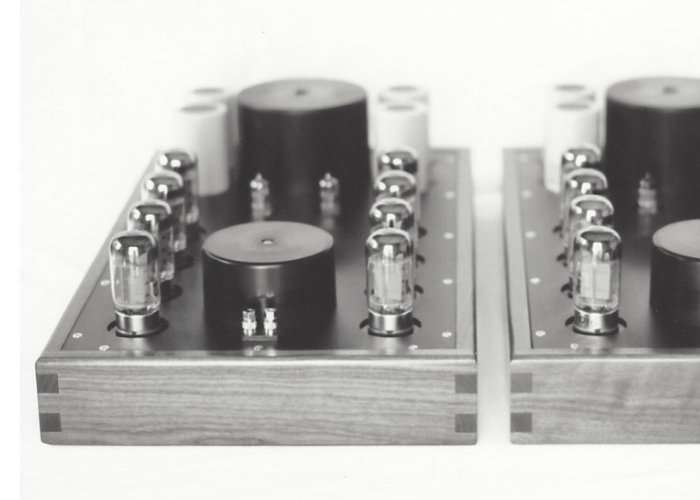 Cynthia Bradley has taken to Kickstarter this week to raise the $25,000 required to take a new range of tube amplifiers into production. The Bellgrove Fine Audio tube amplifiers are designed and assembled in Southern California and are available from $1,500.

The tube amplifiers measure a massive 25 x 15 inches in size and weigh roughly 50lb each, offering an output of 200 watts per monoblock. Cynthia explains more about the story behind launching via Kickstarter and the tube amplifier design :

My late husband used to say that the amplifiers he wanted didn’t exist –so he’d have to make them himself.  These amplifiers are the result of that long-time dream.

He worked as an engineer before getting involved in the high-end audio world.  He designed pre-amps (very well reviewed in Soundstage), a DAC and a DSP.  He wanted the biggest, most powerful amps around, and here they are. Unfortunately, his health prevented him from seeing this project through, and he died in 2016.  I worked with him on this project for ten years, focusing on the business side of things, and I want to make sure his dream is fulfilled.

I have pretty much all of the parts and supplies needed to make nine sets of amplifiers.  He would have done the assembly himself, but, since he’s not here any more, I have to pay someone to do it for me. The output tubes are auto-biased, making for simple external design (just an on-off switch), while having sophisticated electrical internal work.  This enables extraordinary transparency, detail and three-dimensional realism in all kinds of music.

For more information and to make a pledge jump over to the official Kickstarter crowdfunding campaign by the link below.