If you are looking for something a little more unique to type out your emails and documents on, you might be interested in this beer can keyboard which has been created for Staropramen, and was on show at Webstock a large blogging and social media event in Romania

The unique beer can keyboard has been created to act just the same as a standard keyboard, but instead of keys 44 beer cans have been used, that when touched create the input required. Check out the keyboard in action in the video after the jump. 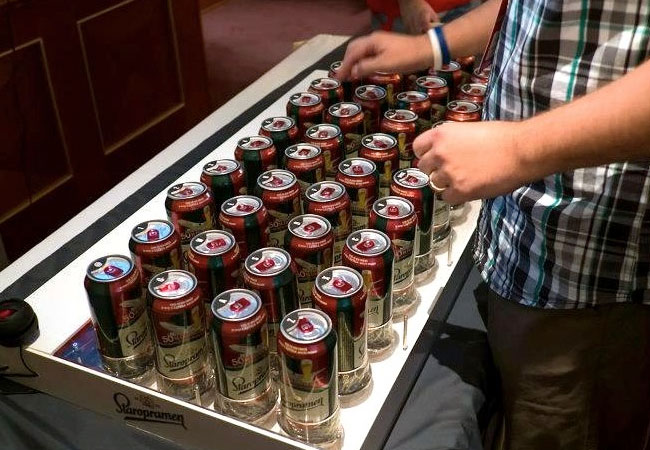 “We did this at Webstock, event which took place in Bucharest in September. Staropramen, one of the sponsors of the event asked us for an innovative way to offer a trip to Prague to one of the event’s guests.”-“So, we came up with a keyboard made out of 44 Staropramen beer cans. Each beer can was a key, and whenever someone touched it, the corresponding letter appeared on a large plasma screen (just like any regular computer keyboard).”

The keyboard was built using a Arduino board together with a fuel capacity of controllers, which is then being connected to a Raspberry Pi mini computer. The unique beer can keyboard was created by Robofun Create a Romanian company specialising in creating unique technology.