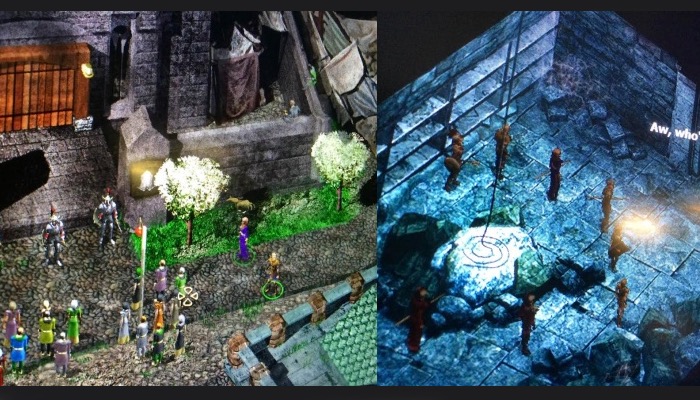 Baldur’s Gate fans Sure to be pleased to know that the game’s developer Beamdog has announced a new game called Adventure Y, that has been created to bridge the gap between the iconic Baldur’s Gate 1 and Baldur’s Gate 2 games.

A few screenshots of the new Beamdog Adventure Y have been shared that were taken using a smartphone so don’t provide a full representation of the graphics you can expect.

The new game is being created using the Infinity Engine but unfortunately no official release date has been announced as yet, and is expected to be announced sometime during late Spring says the team.

Keep an eye on the Beamblog in late spring for announcements regarding the content and release date of Adventure Y. We have an exciting release planned for this game, something bigger than we’ve ever done before. If you’re looking for more information on Adventure Y, check out these pictures which were mysteriously leaked to the forums.”

With regards the development of a D&D 5th Edition game Beamdog explained :

“We got a lot of questions about Dungeons & Dragons fifth edition and a potential Baldur’s Gate III on our reddit AMA. We’d be lying if we said we never think about doing a Baldur’s Gate III game, so we won’t say that. But we will say there’s nothing in the works yet regarding BGIII or a 5th edition game.

That doesn’t mean the opportunity will never arise, though, so we’re preparing by starting a tabletop 5th edition Dungeons & Dragons game here in the office. Amber, aka the BeamBard, is our first sacrificial DM in running an office campaign. Expect future Beamblog posts on how she ruthlessly murderized all our lovingly created characters.”

For more information on the new announcements by Beamdog jump over to the BeamBlog website for details.