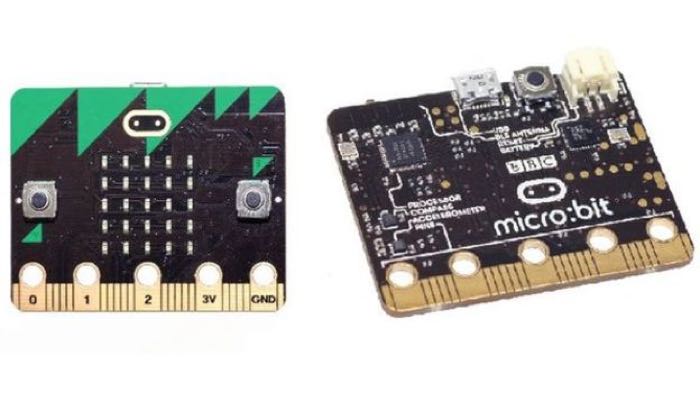 Back in March the BBC announced that they would be giving away one million of their new BBC Micro Bit computers to school children and now the final design of the device has been revealed.

We first saw the prototype of the BBC Micro Bit in March and since then there have been a number of design changes to the device.

The BBC Micro Bit now comes with two buttons and a built in motion sensor, these features were not included in the original prototype. The built in battery has also been removed instead there will be an add on battery pack for the device will be use AA batteries.

The device can be connected to other devices which include the Raspberry Pi, Arduino and Galileo and children will be able to write code for the device on a new website, the code can then be tested before it is transferred to the device.

The BBC will give this tiny computer away to 11 and 12 year old children in the UK who are in Year 7 or equivalent.

BBC Learning head Sinead Rocks said: “The BBC Micro Bit is all about young people learning to express themselves digitally.

The Micro Bit is being pitched as a complementary device, rather than a competitor, to the Raspberry Pi, Arduino and Galileo computers

“As the Micro Bit is able to connect to everything from mobile phones to plant pots and Raspberry Pis, this could be for the internet-of-things what the BBC Micro was to the British gaming industry.”

The device will be made available to school children in later October for free and there is also some good news for hobbyists and the device will also go on sale in the UK and other countries before the end of the year, you can find out more information at the link below.