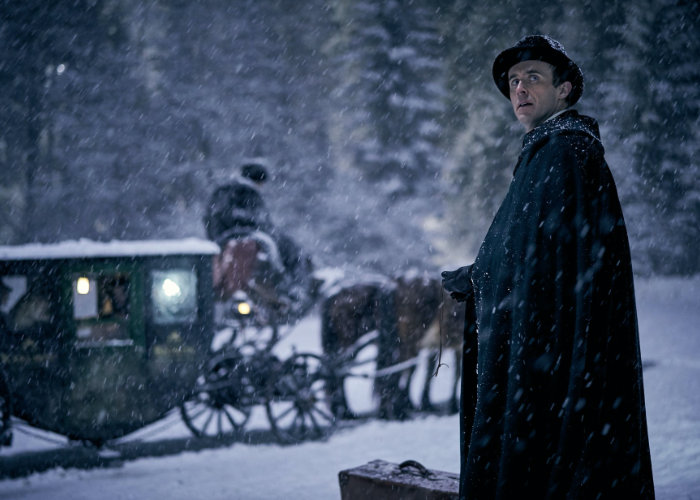 A new teaser trailer has been released by the BBC for their upcoming TV series, Dracula which has been created by the team responsible for the hugely popular Sherlock series. Claes Bang stars as Dracula and the new TV series will air on both the BBC and Netflix and stars John Heffernan, Dolly Wells, Joanna Scanlan, Morfydd Clark, Lujza Richter, Mark Gatiss and more.

The Dracula BBC TV series has been developed and created by Mark Gatiss and Steven Moffat, based on the novel of the same name by Bram Stoker and will consist of three episodes.

“The 3x90’ mini-series is written and created by Steven Moffat and Mark Gatiss and inspired by Bram Stoker’s classic novel. Three feature length episodes will re-introduce the world to Dracula, the vampire who made evil sexy. In Transylvania in 1897, the blood-drinking Count is drawing his plans against Victorian London. And be warned: the dead travel fast.”

Dracula was commissioned by Charlotte Moore, Director of BBC Content and Piers Wenger, Controller of BBC Drama. It is written and created by Steven Moffat and Mark Gatiss; executive producers are Mark Gatiss, Steven Moffat and Sue Vertue for Hartswood Films, Ben Irving for BBC and will be handled by Larry Tanz for Netflix.

The Dracula BBC TV series will premiere on BBC One in the UK and via Netflix outside of the UK, and China where the BBC One service is not available.