The BBC has announced that BBC 3 in the UK will no longer be a digital TV channel in the UK that is available through your TV.

Instead the BBC has decided to make BBC 3 an online online channel, this is being done as part of cost cutting plans by the BBC. 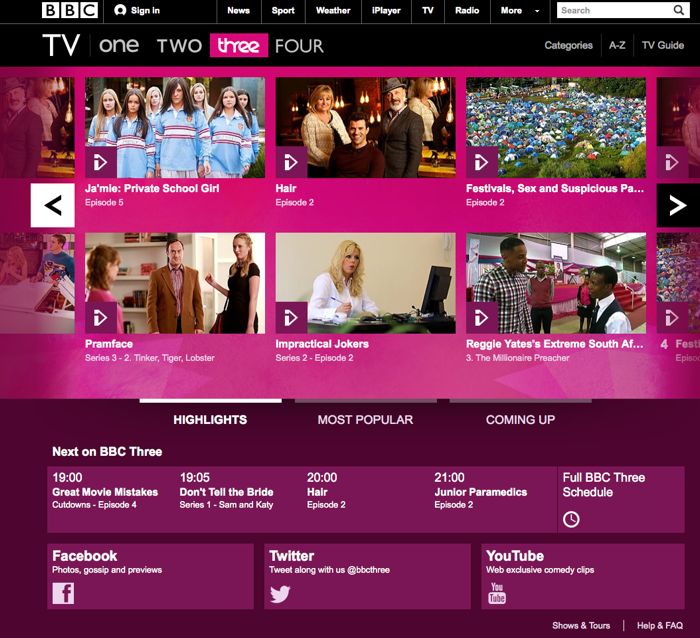 This will means that some of the BBC 3’s most popular shows will only be available online and through BBC iPlayer in the future.

BBC 3 is responsible for airing some of the BBC’s most popular TV shows, with shows like Little Britain, Gavin and Stacey, Torchwood and more all being shown on BBC 3 first.

Of course this may not happen, as the BBC has to acquire the approval of the BBC Trust in order to make BBC 3 an online only channel.