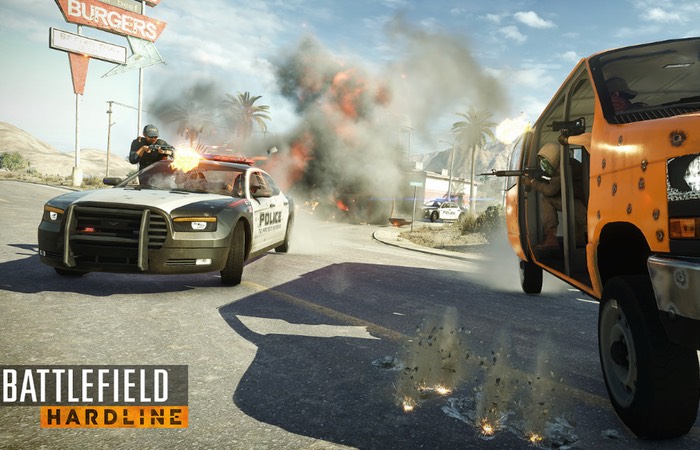 Gamers who have been playing battlefield and class as veterans by purchasing older games in the Battlefield series, will be able to get exclusive rewards if they purchase the new up-and-coming Battlefield Hardline game says EA.

EA has announced this week a new Veteran’s Pack that will be exclusive to gamers that have already purchased Battlefield: Bad Company 2, Battlefield 3 or Battlefield 4, and who also buy Battlefield Hardline.

Gamers that have three games on any platform whether it be PS or Xbox and have an Origin account, will receive the Veteran’s Pack as an automatic download when you first log in to new Battlefield Hardline game.

Battlefield Hardline has been developed by Visceral Games and offers a “fresh new take on Battlefield, built on strategy, speed and story in single player and multiplayer, delivering a complete first person shooter experience.” says EA.

“Hotwire mode brings high-speed chases to the Battlefield, as the criminals attempt to steal a list of marked cars while the cops try to repossess them. Available on two maps in the beta, Downtown and Dust Bowl, success in Hotwire will require excellent teamwork and precision driving.

The desert town of Dust Bowl known for its drug trafficking problems will also be playable on Conquest, the fan favorite Battlefield mode, which takes the battle up to 64 players. Finally, there’s the Bank Job map where you’ll get to try out Heist mode. The criminals are trying to break into a bank vault, but the cops are doing their best to stop them. Which side of the law will you ride with?”