Those of you that still haven’t given Battlefield 3 a blast yet, might be interested in the new Battlefield 3 Premium Edition, which is shortly arriving in stores, and has been unveiled by DICE.

The Battlefield 3 Premium Edition allows you to get your hands on all the DLC content that has been released so far, plus extras for Battlefield 3 in one handy pack, for just $69.99. Watch the promotional video after the jump to find out more. 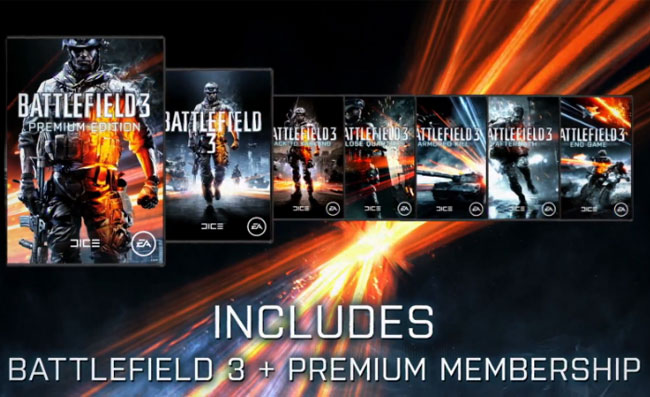 Originally the five DLC packages released over the course of the games life, have been priced at $15 for each so $40 for the lot seems like a fairly good deal, and and includes a “Multiplayer Head Start Kit”, which includes “15 different weapons, gadgets, and vehicle upgrades” to get you up to speed.

Battlefield 3: Premium Edition will be arriving on Xbox 360, PS3, and PC on September 11th in North America and September 13th in Europe, and is already available to pre-order.