EA and DICE have this month unveiled the fifth and final digital expansion pack for their Battlefield game, in the form of the Battlefield 3 End Game DLC. 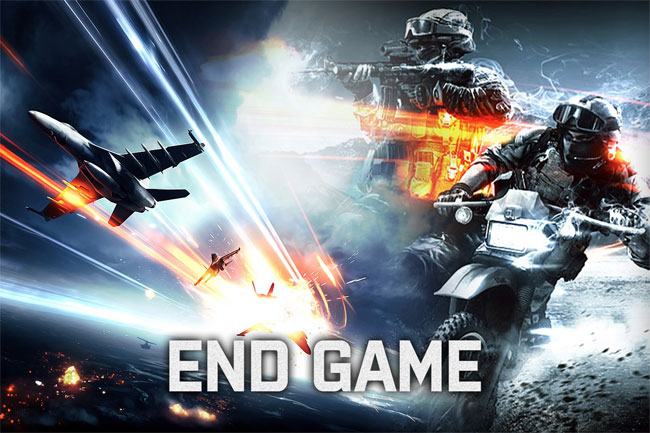 Within the new Air Superiority mode players are required to capture areas of sky represented by blimps, and will allows players to enjoy arial dogfights involving 12 vs 12. The fifth Battlefield 3 End Game DLC will also include four new maps with each one being themed around he four seasons.

“The winter map is Sabalan Pipeline, the summer map — Nebandan Flats – is a hot desert, and the autumn map is called Operation Riverside. The final map, Kiasar Railroad, is a lush, green forest map that symbolizes spring. Aesthetically each map is very different, and they’re all big to allow bursts of speed and long vehicle chases. Sabalan Pipeline is a slightly smaller map that, while still vehicle friendly, is also catered towards infantry combat.”

“There are lots of jumps, both hidden and in plain sight, and shortcuts that will allow players to reach flag bases faster on motorbikes. There is also a new dropship, which allows for rapid deployment. If you control the central base, you can control a dropship that means you can spawn inside a tank deposited out of the dropship and onto the battlefield via parachute.

It’s the perfect way to surprise enemies with a tank to help out your teammates. But to counter these aerial threats, there are new aerial defences in the form of two new jeeps equipped with AA turrets on their back. They provide very mobile, very fast anti-air support.”