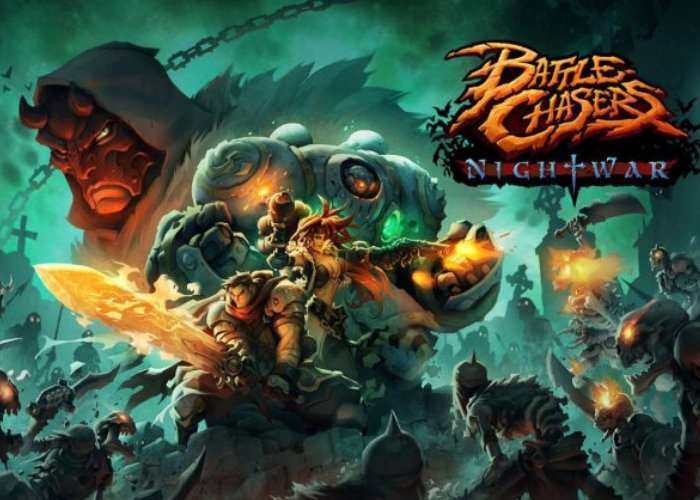 PlayStation gamers patiently waiting for the arrival of the new Battle Chasers: Nightwar game will be pleased to know that it launches today thanks to the efforts of the development team at Airship Syndicate

Battle Chasers was originally and then progressed to a crowd-funded game and has now found its way onto high-powered consoles thanks to the support of its fan base. Check out the review below to learn more about what you can expect from Battle Chasers: Nightwar.

Hey all, this is Joe Madureira, Creative Director of Airship Syndicate and creator of the Battle Chasers comic series on which Battle Chasers: Nightwar is based. With the beta already in the hands of thousands of our Kickstarter backers, and since we’ve just about made it to the official launch, I thought I’d shed some light on the epic journey that’s gotten us here.

Battle Chasers started, in comic form, back in 1998. I had been drawing super hero comics for years, eventually graduating to Marvel’s Uncanny X-Men, which was a dream come true for me, as I had been an avid collector of the series since childhood. It was the #1 selling comic book, and had been for some time. So when I announced after my three year run that I was moving on from Marvel to do my own thing, and that it wouldn’t be another mainstream hero book, but a Steampunk/Fantasy series, there were a few who questioned my sanity, including me (admittedly, it did sound super nichey when I described it out loud).

Back then, there wasn’t really anything to compare Battle Chasers to in the states, but in Japan, fantasy and sci-fi were all the rage, in manga (comics), anime, and of course video games. And I was obsessed with the stuff. I would go so far as to play games in Japanese with no translation, and buy import gaming magazines just to drool over the art to games I didn’t even know the titles of.