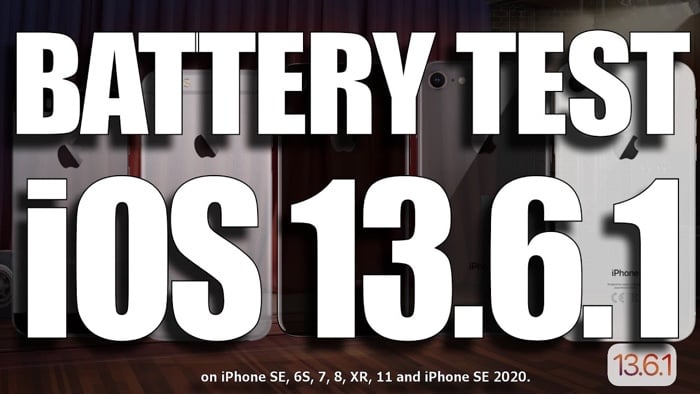 Apple recently released their iOS 13.6.1 software update and we have already seen a speed test of the OS and now we get to see a battery life test.

A range if devices are tested including the iPhone SE, iPhone 6S, iPhone 7m iPhone 8, iPhone XR, iPhone 11 and the 2020 iPhone SE, lets find out what happened.

As we can see from the video there do not appear to be any major battery life improvements with the iOS 13.6.1 software update.

Some devices so worse battery life with this new update, like the iPhone 11 and other and some saw some minor improvements. We are hoping that Apple’s new iOS 14 update will bring some battery life improvements to multiple devices, this should be released later this year.