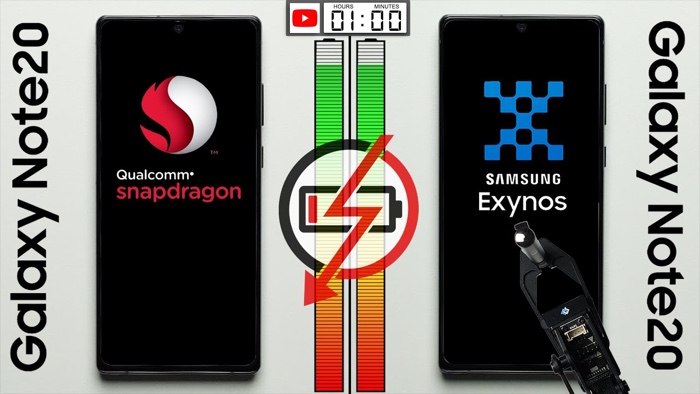 We recently saw a speed test of the new Samsung Galaxy Note 20 smartphone with the Qualcomm Snapdragon 865+ processor against the Samsung Exynos 990 processor.

Now we have another video, this one put the two handsets head to head again, this time the battery life is tested to see how these two processors impact battery life.

Both devices have the exact same 4300 mAh battery and the same displays, the only difference between them is the processors, lets find out which one has the best battery life.