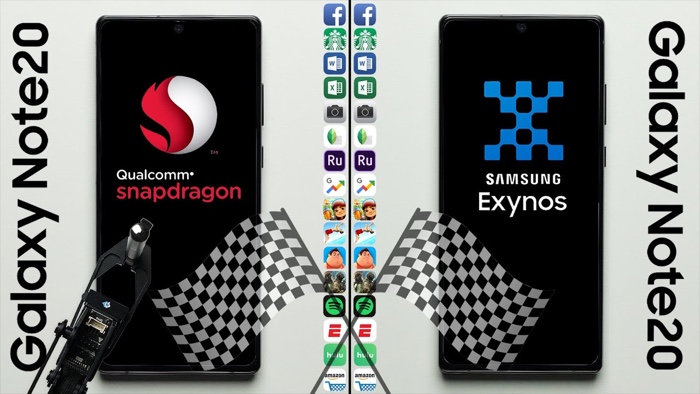 The Samsung Galaxy Note 20 has different processors in different countries, some gets the Qualcomm Snapdragon 865+ processor and others get the Samsung Exynos 990 processor.

Now we have a speed test video from Phonebuff which put the two handsets head to head in a speed test, lets find out which of the two processors is the fastest.

As we can see from the video, the handset with the Sandpragon 865+ handset completed the first round before the Exynos 990 version of the Galaxy Note 20.

In the second lap the Snapdragon 865+ version of the Note 20 also finished first, so this processor appears to be slightly faster than the Exynos 990 version of the device.