I’m not a golf player myself but if I was to ever start playing golf, this is the golf cart I would have to get. This fantastic Batman Tumbler golf cart was spotted by This LA Life on the Warner Bros studio lot. 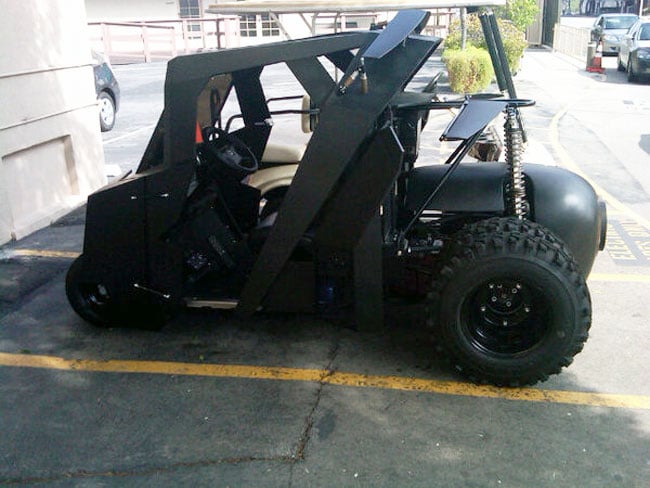 Its was thought to be director Chris Nolan’s ride, but apparently it belongs to an unnamed director who is obviously a big Batman fan. 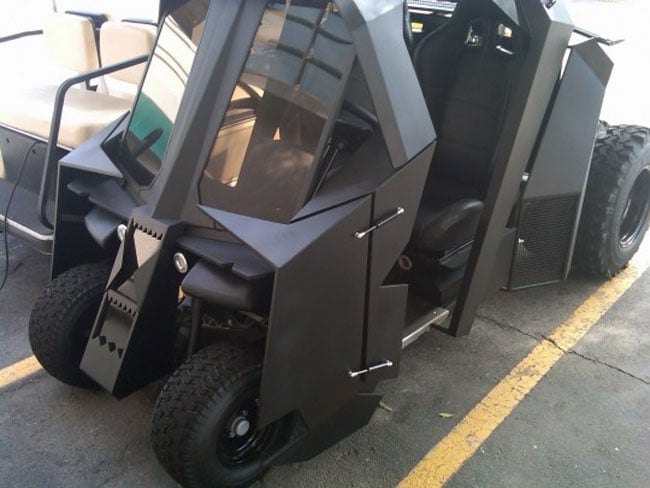 Its also thought that the cart design is the handiwork of animatronics and prop specialists Marc’s Creature Company but this has no been confirmed and no evidence can be found on their website.