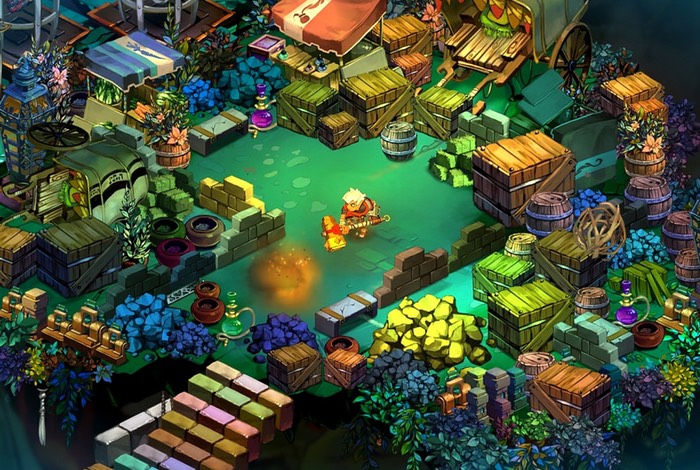 As part of the Spring Fever 2015 lineup Bastion has made its debut on to the PlayStation 4 today and has been created by games developer Supergiant Games.

Bastion is an action role-playing game for the PlayStation 4 that has been created to redefine in-game storytelling, using a reactive narrator with more than 40 lush hand-painted environments to explore.

Greg Kasavin Creative Director at Supergiant Games explains a little more about what you can expect from the new PS4 title.

“It was always difficult to describe Bastion while the game was in development. We designed the game in an organic way, little by little, listening to what it needed most and building whatever that was next, until we felt that we were done. It didn’t start with an elevator pitch for what would make the next big blockbuster. After all, one of the nice things about being a small, independent studio is you can focus all your energies on making the game you really want to make, and with any luck, you can discover much of that during the process.

We liked to joke about how the pitch for Bastion would have been just awful, and how the game never would have been made if it started off that way: “Well you see it’s this action RPG where an old man talks to you the entire time!” While this is technically accurate, it’s selling the game more than a little short. We wanted Bastion to feel cohesive rather than like a collection of cool features. The trailer we came up with is one of our attempts to convey that.”

For more information on the new Bastion jump over to the PS4 Store website for details and the ability to purchase.