Barnes & Noble has this week reduced the prices of its range of NOOK tablets, in preparation for a new updated version to be released late next month.

The new NOOK tablet that is expected to launch in late September, will be equipped with new display technology, its thought. As well as being lighter and including more media options for users, yet still providing a solid e-book reading device. 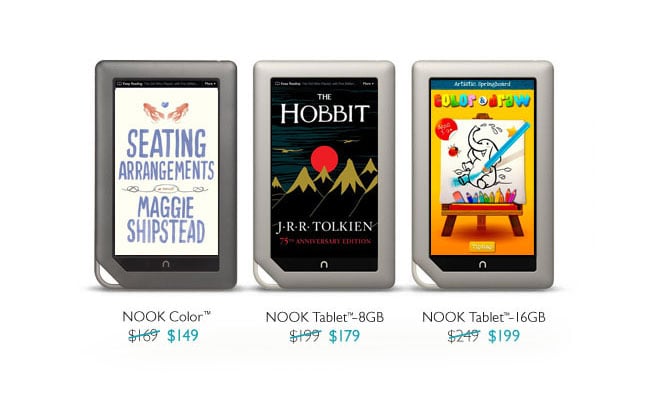 To recap the NOOK Tablet is equipped with a 1 GHz TI OMAP 4 dual core processor, and the NOOK Color is powered by a 800 MHz single core TI OMAP3 processor.