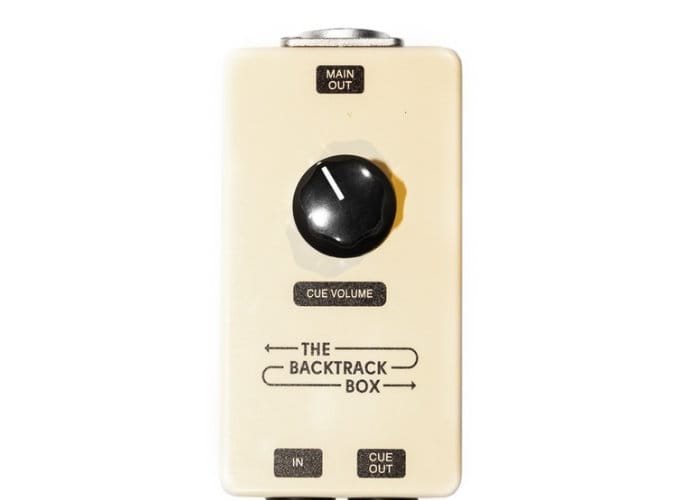 The Backtrack BoxIs now available to back via Kickstarter with early bird pledges available from $100 and worldwide shipping expected to take place next month during August 2018. Dylan explains a little more about the inspiration behind the Backtrack Box and its features. “As a touring musician, I’ve observed the challenges using backing tracks and how complex, expensive and volatile they can be. I’ve spent the past two years working to find a way to make backing tracks more user-friendly and accessible to performing musicians. I am now ready to roll out the Backtrack Box, a low-cost, simple consumer audio tool that will provide great benefits to musicians. With your help, I can get this groundbreaking new product to musicians around the world.”

“The Backtrack Box is the first and only product that simplifies the use of live backing tracks by replacing multiple units with a single, small device. The Backtrack Box runs on phantom power from an XLR, requires no batteries, and can play audio from any source. It is an elegant solution that will enhance your live performance. The Backtrack Box has been used by numerous bands including Blonder, Rebounder, Future Generations and Nekokat.”

For more information and full specifications on the Backtrack Box jump over to the official Kickstarter campaign page by following the link below.