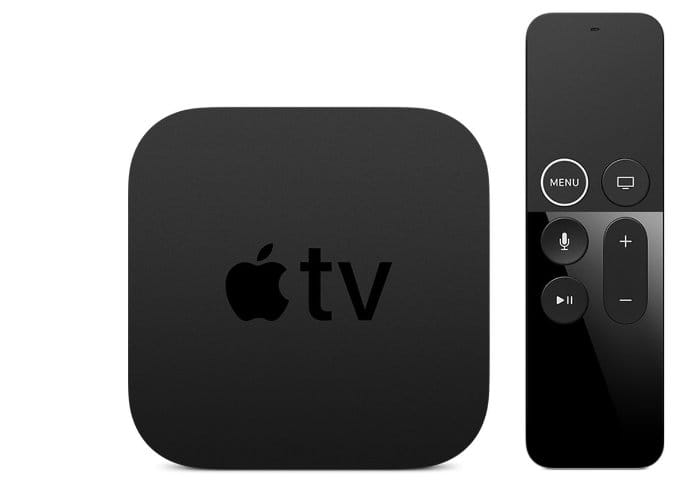 During Apple’s keynote yesterday, the company announced the imminent availability of Dolby Atmos support for the Apple TV set-top box. Apple will also be enabling live sports and news on the Apple TV which will be the first and only streaming device to support both Dolby Atmos and Dolby Vision. “Apple TV 4K lets you watch movies and shows in amazing 4K HDR — and this fall, it completes the picture with immersive sound from Dolby Atmos. It streams your favourite channels live. Has great content from apps like Netflix, Amazon Prime Video, and ESPN.2 And thanks to Siri, you can control it all with just your voice.”

The Apple TV 4K devices will be receiving the new Dolby Atmos support in the next version of tvOS, along with zero sign-on for cable companies like Spectrum. “Combine Apple TV 4K with a Dolby Atmos–compatible sound system and you’re fully immersed in three-dimensional audio that sends sound around and above you with pinpoint precision. Whether a jet zooms overhead or a torrential downpour erupts, the true-to-life sound puts you inside the action. And as the first streaming player to be both Dolby Vision and Dolby Atmos certified, Apple TV 4K brings home the complete cinematic experience.”

Apple also explained that iTunes will have the world’s largest library of Atmos titles. Apple did not announce whether its Netflix or Vudu applications which both currently support 4K HDR and Dolby Vision, would get Atmos support from the Apple TV as well, We will keep you updated as always. For more information jump over to the official Apple website by following the link below.