If you need to create an interior 3D model of a building traditionally this would be a time consuming project. But now thanks to a new laser and camera fitted backpack you can create 3D models of buildings by just wearing the backpack in the areas you need to map. Check out the video after the jump to see it in action. 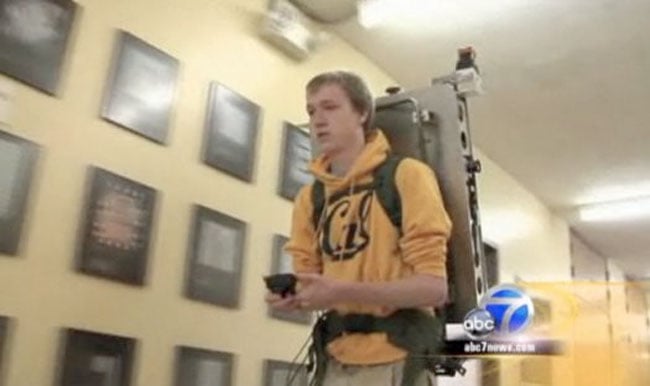 The new technology has been developed by a Cal Berkeley team led by Professor Avideh Zakhor is hoped to make video games more realistic and building more energy efficient.

The lasers and camera in the backpack scan everything from floor to ceiling without any human intervention.

The inertial management unit localises the backpack, lasers generate the geometry, and cameras generate the texture map. All three are fused for precise navigation.

Once it’s turned on, there are four cameras taking pictures simultaneously. As one laser looks left, another looking right, one looks at the floor and the last looks at the ceiling.

Via Geek Via ABC 7 news