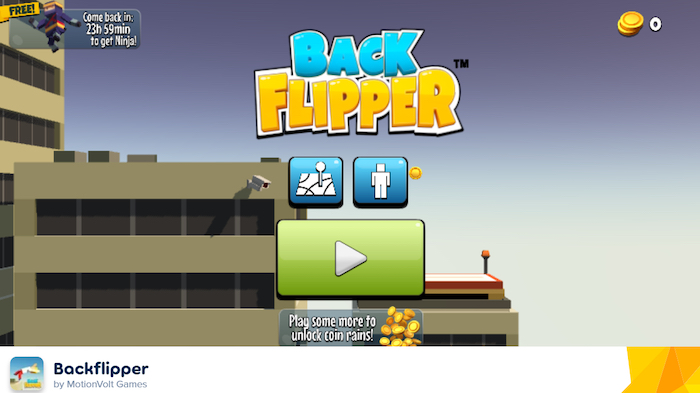 In today’s oversaturated world of triple-A gaming and microtransactions, it can sometimes feel like gaming is a premium hobby. It’s easy to become bogged down by the sheer amount of massive, all-encompassing and expensive experiences available from your local game retailer and forget what it is you’re in this for. In the end, gaming should be enjoyable, accessible and (occasionally) educational, and the best games know this and exploit it to its fullest.

One example of an antidote to the slightly stodgy triple-A market would be the Trials series. Despite Ubisoft’s acquisition of developer RedLynx, Trials has always been an oasis of refreshingly simple game design in a wasteland of open-world microtransaction frenzies. After Ubisoft’s RedLynx purchase, founder Atte Ilvessuo left the company to start his own game design project entitled MotionVolt, continuing the design philosophy central to Trials games but with a smaller and more pinpoint focus.

MotionVolt’s latest game, Backflipper, is further proof that Ilvessuo is the designer the gaming industry needs right now. It’s a sort of physics platformer-come-sports sim which emphasizes great game design, a compelling central loop and a hybrid casual-hardcore approach that keeps the game feeling fresh and addictive with each session. If you’re already sold, then go to Poki to check out Backflipper – we’ll wait. We’re going to recommend it at the end of this review anyway, so maybe it’s best you go play it for yourself first. 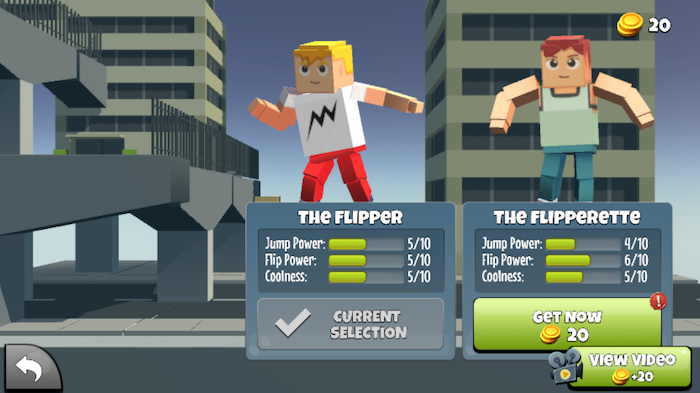 If you did go check out Backflipper, the first thing you probably noticed was the simplicity of its presentation. Backflipper doesn’t crowd its menus or heads-up display with unnecessary information. Instead, it keeps things simple from an aesthetic perspective. Graphically, the game is pretty nice, all blocky 3D and fluid animation, but the presentation itself is clean and intuitive, displaying only what you need at any given time. No minimaps, no quest markers, just you and a video game asking you to master it.

That design philosophy is evident throughout the entire experience. Backflipper is a welcome throwback to the old school of browser-based game design, one that espouses all of the most desirable values of that school. Backflipper takes one simple concept and executes it as well as can be expected, wringing every drop of gameplay and challenge out of its mechanics without ever needing to introduce unnecessary extras to keep the player’s interest.

In order to master Backflipper, you will need one and only one button, which is your left mouse button. You won’t need any other key to control the game. That speaks to Atte Ilvessuo’s interest in accessible pick-up-and-play experiences, and Backflipper certainly fulfils this remit. Clicking the left mouse button once will cause your character to begin their backflip, while clicking it again will cause them to orientate for landing. These are the only two gameplay mechanics in the game, but Backflipper somehow manages to keep them feeling fresh and compelling throughout. 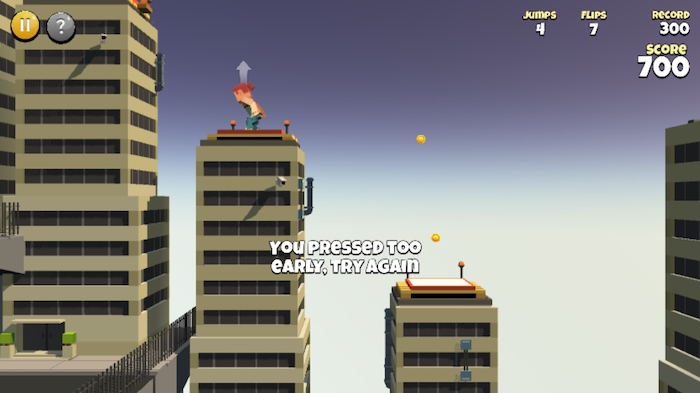 Part of that is the game’s endless design approach, which forgoes the usual level-based structure in favor of a player-first philosophy that emphasizes beating one’s own personal best. Backflipper manages the rare feat of being simultaneously tense and relaxing; there’s never any consequence for failure beyond merely restarting, and it’s not possible to reach the end of a level, meaning that there’s no goal to strive towards beyond improving oneself. The mechanics of Backflipper make it the perfect casual lunchtime game, as well as the ideal way to devote a few hours to improving motor skills and generally becoming better at video games.

Along the way, Backflipper offers good players collectible coins, which can be had by pulling off the perfect backflip. Put simply, the trajectory of the flip matters enormously, because coins can only be collected with an absolutely flawless jump. If you miss the coins, you can still complete the jump, and there will always be more coins to obtain later, but the coins provide a constant impetus to improve your jumps. This means the feeling of missing coins is never frustrating; instead, you’re always thinking “well, I can just make a better jump next time”. For our money, this removal of frustration is a very good thing indeed.

These collectible coins can be used to unlock new levels for Backflipper, as well as characters with which to perform the titular jump. Characters range from the fairly sober – the main two characters are reasonably normal people – to crazy, outlandish figures like secret agents, astronauts and the President of the United States. If you’ve ever wanted to watch the commander-in-chief sail across a moving jump jet, then you have oddly specific tastes, and Backflipper caters to them.

All in all, Backflipper presents an extremely good time to anyone who decides to get into it (which should be all of you). The gameplay is consistently rewarding and toes the line perfectly between difficult and approachable, while the range of unlocks and extras provide constant incentive to keep playing. Bravo, MotionVolt.