We have featured a number of amazing remote controlled vehicles and aircraft here on Geek Gadgets but never one that has been powered by steam. This awesome steam powered remote controlled trike has been built by YouTube user ‘prallplatte’.

The trike weighs in at 19 lbs and is powered by two large boilers and is equipped with all terrain wheel and shocks to match. Watch the video after the jump to see it in action, as well as details on its construction. Enjoy! 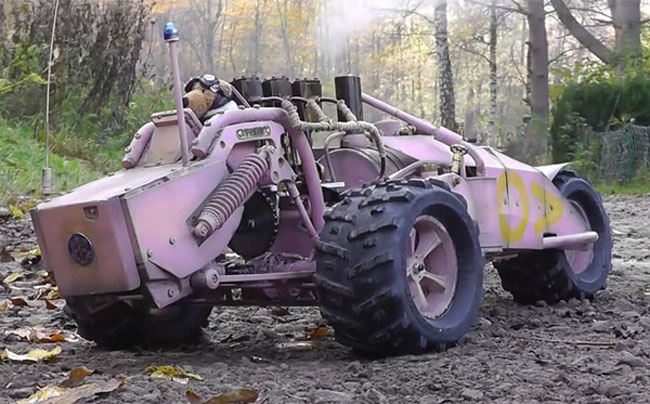 Its make prallplatte explains: “Another Monster out of my Secret Ural Russian Laboratorys: my Steamtrike.” The pink colour used to finish the trike was inspired by the SAS Pink Panther vehicle.