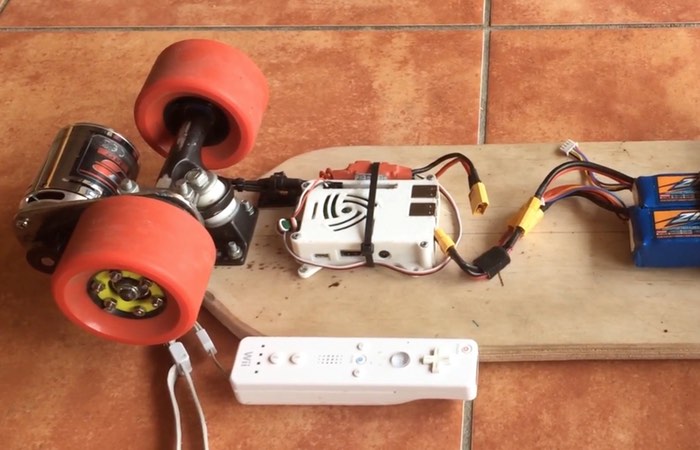 Raspberry Pi enthusiasts that are looking for a project to keep them busy for a few weekends, that also enjoy a little skateboarding, may be interested in this fantastic Raspberry Pi electric skateboard which has been created by Tim Maier.

The project was created as part of his assignment for University where the prerequisite was to build something using the awesome Raspberry Pi mini PC and what could be better than a Raspberry Pi powered skateboard complete with Bluetooth connected Wii controller.

Check out the video below to learn more about the construction and components you will require to build your very own. As you will see in the video, two batteries have been connected in parallel which are then in turn connected to the speed controller and the Raspberry Pi and finally to the motor. A couple of 3D printer parts have also been used for the Raspberry Pi case and connection cog for the timing belt to the wheel.

Let’s hope Tim publishes the full project and components to Thingyverse or similar for others to benefit from. Great job!