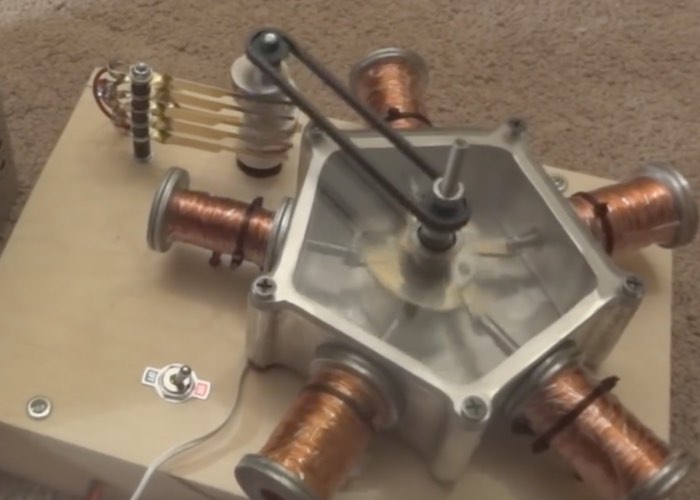 University of Washington students Jeffrey Weng and Connor Lee have created an awesome Radial Solenoid Engine to create a alternative to a combustion engine in their dorm.

Hack-a-Day explains a little more about the creation :

The easiest way to approach a project like this would have been to use a microcontroller. A simple program running on an Arduino could have easily provided the timing to switch power to each solenoid in succession. [Jeffrey Weng] and [Connor Lee], however, took a much more interesting approach by controlling timing via a simple distributor. This works in the same way a spark distributor on a combustion engine would have worked, except it’s actually providing the power to actuate the solenoids instead of providing just an ignition spark.