If you are a fan of the PR2 robots like me then this could be your chance to own your very own. That is if if have a spare $400,000 at your disposal.

Willow Garage has been developing their PR2 robot over a number of years and now intends to release it to the public to be used for academic and industrial robotics research. With one now available to purchase by the general public.

Check out the video after the jump to see some of the development work currently putting the PR2 through its paces. 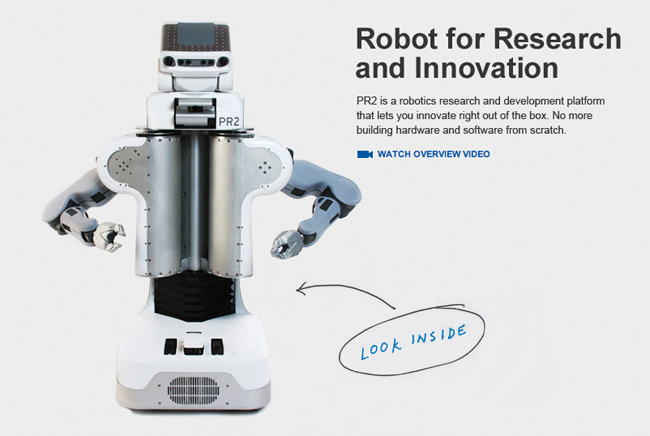 The fantastic PR2 robot is a two-armed wheeled robot of size similar to a human, powered by are a pair of onboard Xeon servers with eight cores, 24GB of RAM, and a 2TB HDD each. Its power is provided by a 1.3kWh battery and it has built in onboard chargers.

Other features include EtherCat motion control network, Gigabit Ethernet network with 32GB backplane switch, and dual WiFi radios and a base station.