Lego builders out there are sure to enjoy this stop motion video of a Lego Star Wars Ultimate Collector Series Millennium Falcon kit #10179 being built, and recreated using 3ds Max.

The movie lasts around 3.30 minutes, but took three years to complete the full animation, in a Lego labour of love. Watch the Lego Millennium Falcon appear in front of your very eyes using 3ds Max, as every Lego piece slots in to place. Awesome! 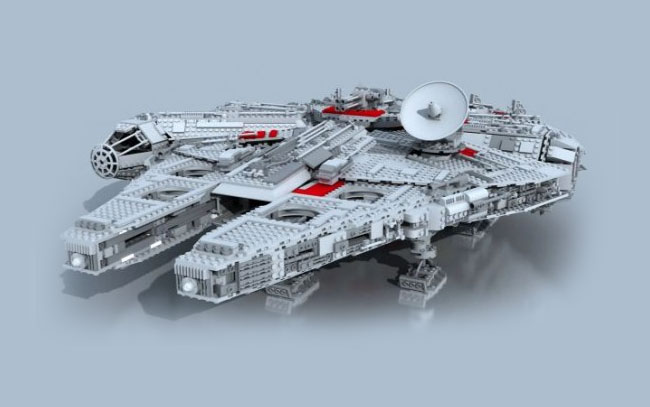 The animation has been created by visual artist Francisco Prieto, who took each Lego piece from the kit and made a faithful recreation of it as a 3D model within ads Max. After finishing the movie, Prieto then calculated that the 3ds Max model contains 3,572,568 polygons and took 670 hours to fully render.

Now this project is completed Prieto is already on to the next which he says is reconstructing the Death Star. Wow!