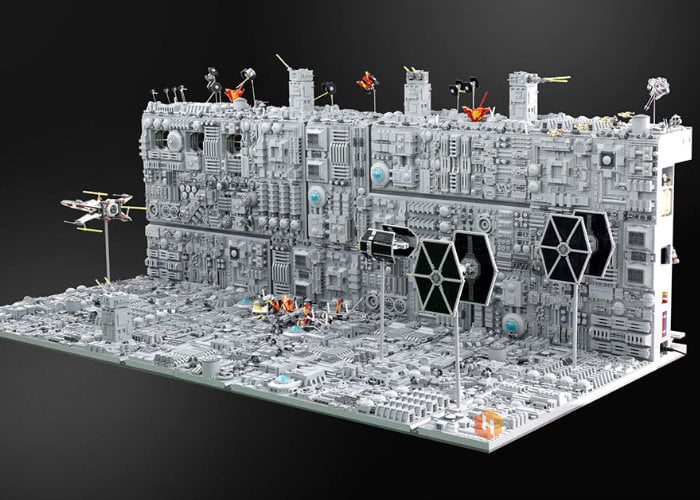 LEGO and Star Wars fans are sure to enjoy this huge LEGO diorama of the Death Star Trench Run scene from the Star Wars movie which has been created by South Korean LEGO Certified Professional and Master builder Wani Kim and Olive Seon. 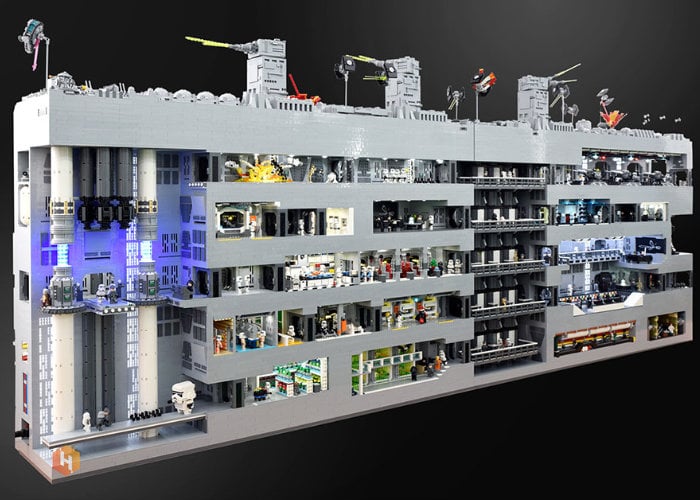 The builder consists of 80,000 Lego bricks and incorporates 100 minifigures and measures a whopping 2,680mm (8.79 feet) long, 1,370 mm (4.49 feet) deep, and stands 1,100 mm (3.60 feet) tall. Not only is the actual trench a masterpiece featuring Death Star defensive turrets, Luke’s X-Wing, the wreckage of a Rebel ship together with Vader and two TIE Fighters in close pursuit. But the LEGO builders have also created a cutaway of the Death Star on the rear revealing the inside of the Death Star complete with internal explosions, Obi-Wan Kenobi shutting down the defence shield and more.

To finish the LEGO diorama team have also used a little Arduino hardware and programming to add lighting effects to further enhance this fantastic build. To see more images and learn more about the awesome Death Star LEGO custom build jump over to Wani Kim’s Instagram account by following the link below.