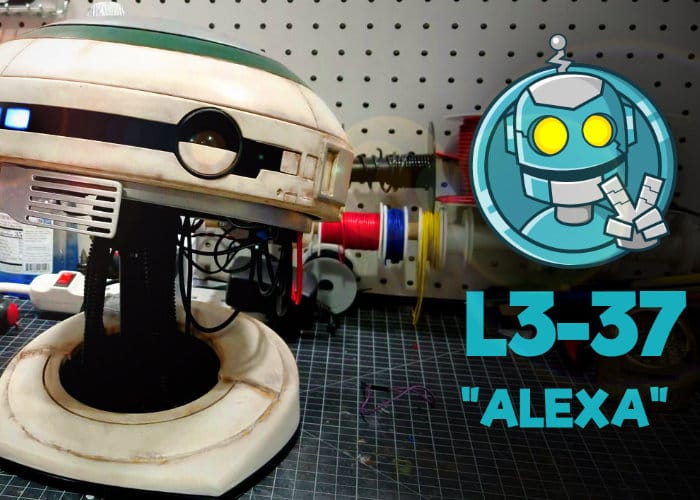 Makers and Star Wars fans that would like to build their very own Star Wars droid, may be interested in a new DIY build to create L3-37 from the latest Star Wars Solo A Star Wars Story movie which is currently premiering in theatre screens worldwide. Robot maker Patrick Stefanski has created a 3D printed and animated Recreation of the L3-37 droid which has been combined with Amazon Alexa technology to provide voice interaction features. Watch the demonstration video below to learn more about the build process.

“Hey Robot Fans! Today, we make our very own Amazon Voice Services controlled L3-37 from the Star Wars Movie SOLO. This video is also useful or anyone who wants to put an “Alexa” into some kind of Jarvis type device.  We are using the AVS Device SDK along with some cool customisation to bring this droid to life. All  products and links mentioned in the video.”

The droid is powered by a Raspberry Pi 3 mini PC which has been combined with a wide variety of other components and servos including an Arduino Nano, NeoPixels, audio amplifier and 3D printer parts. For more information jump over to Patrick’s official YouTube channel by the link below.