Video games developers have been allowing people to fly virtual dragons and eagles for years but the is footage taken using a camera strapped to the back of a real-life flying eagle gives you a feeling of how awesome it must be to really fly like an eagle. 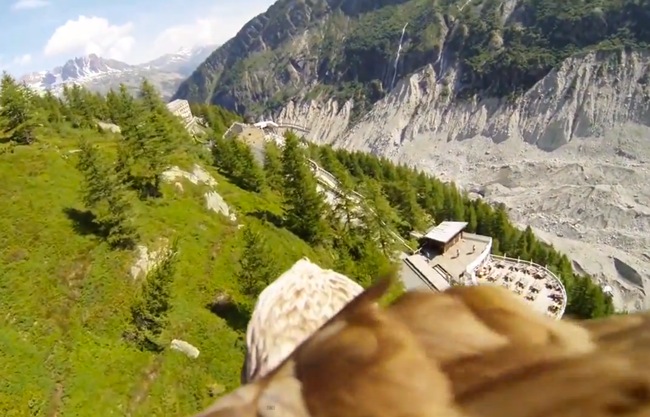 Very few details are known about what the rig was like to capture the video from the eagle back but the awesome footage was filmed in France. The camera used is thought to be a Go Pro which does a great job of providing an Eagle eye view of the French mountains.