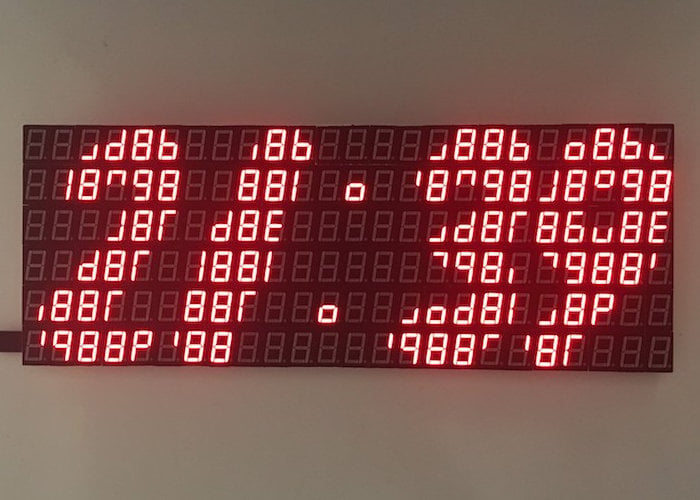 Reddit user Krukerfluk has created an awesome DIY digital clock using 144 x seven segment displays combining them to create a larger LED display powered by an Arduino Nano. The small Arduino development board has been combined with an RTC module for timekeeping and 18 MAX7219 drivers to activate over a thousand (1,008) individual segments.

The project has now been published to the Hackaday.io website together with the files PCB Gerber files and schematics you need to create your very own. 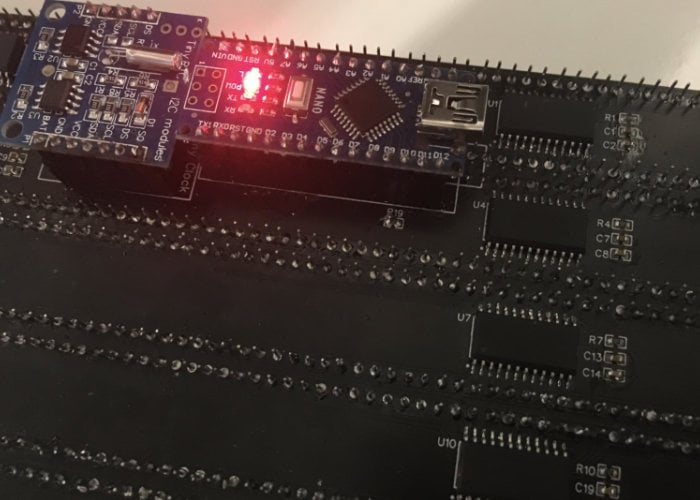