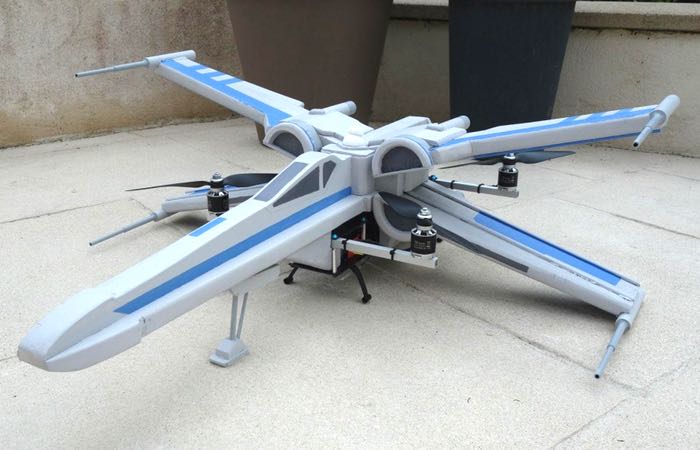 Master drone builder Oliver C has been busy once again but this time rather than building a new version of his Millennium Falcon, Tie Fighter or Imperial Destroyer drones he has created an new and totally awesome X-Wing drone.

As with Oliver’s other drone creations the X-Wing drone is fully functional and flies perfectly, watch the video below to see it in action as Oliver puts it through its paces. 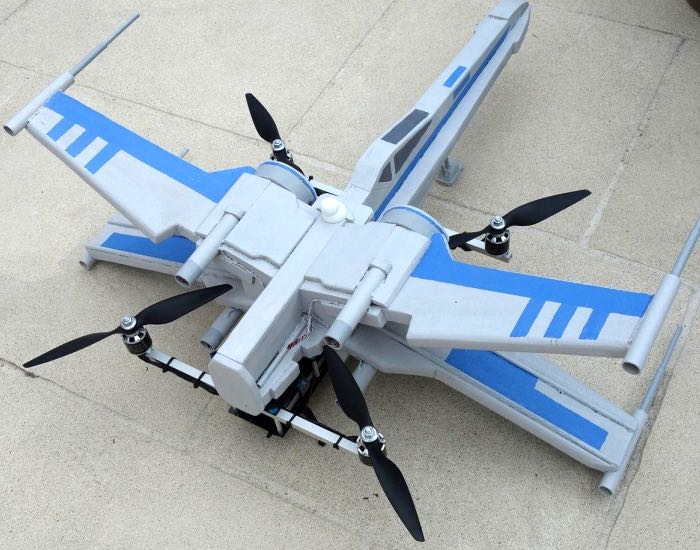 The X-Wing takes the form of an Incom T-70 X-Wing from the Star Wars series and has been constructed using a lightweight foam shell that slips onto the chassis of an Omen 410, a carrier drone that has been custom built by Oliver.