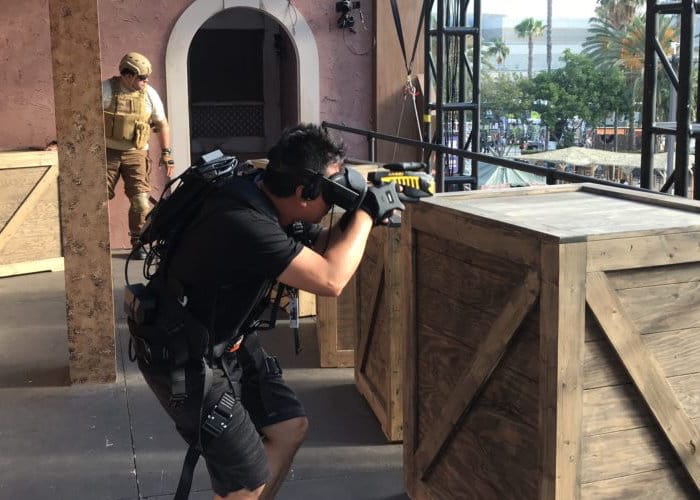 If you’re able to make it to this year’s Comic Con 2018 event currently underway in San Diego, it might be worth checking out the virtual reality adventure experience created to advertise Amazon’s upcoming Prime TV series Tom Clancy’s Jack Ryan. Check out the snippet below to learn more about what you can expect from the immersive experience which pulls out all the stops.

The Road to VR website explains : “Outfitted with a backpack mounted PC, a modified Oculus Rift, hand and foot trackers, and a repelling harness, VR Scout’s Jonathan Nafarrete got a chance to play the part of Jack Ryan, the series’ field operative protagonist, as he rappelled from a helicopter, braved death-defying heights, shot down insurgents, zip-lined to safety, and drove a motion platform-assisted personnel vehicle the hell out of there.”

The Jack Ryan VR Park adventure and immersive experience is available for Comic Con 201 attendees for the duration of the event which concludes in a few days time on July 22nd 2018.